After many years of French classes, Kings Cakes aren’t a foreign concept to me. These cakes are traditional to New Orleans and they have their own season: from the Epiphany (King’s Day, January 6th) through Mardi Gras. 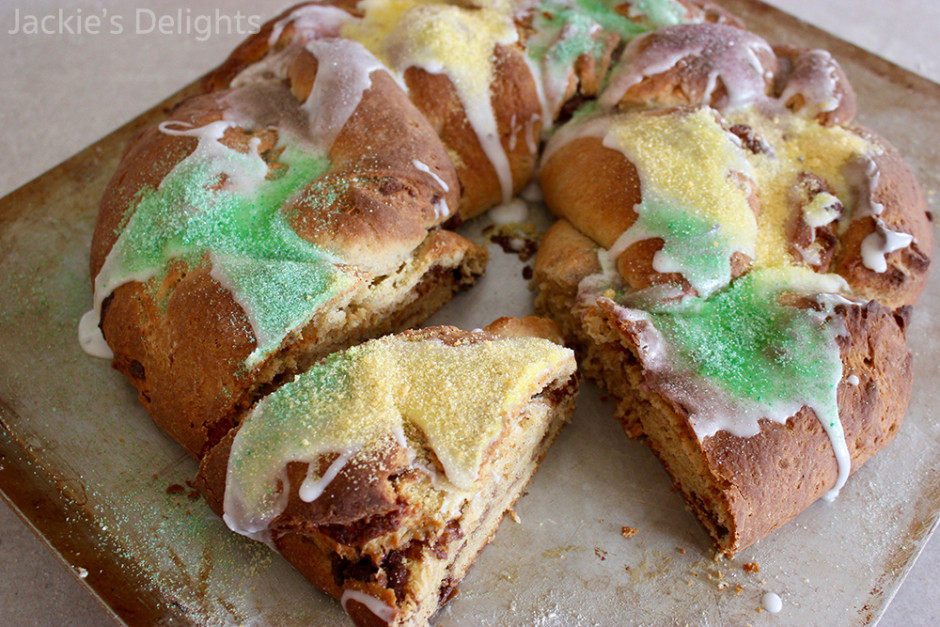 The cake is normally made with a rich, buttery dough and topped with a milk glaze. They can be made plain, with a cinnamon filling, or, more recently, with a variety of other fillings like chocolate, cream cheese or fruit. 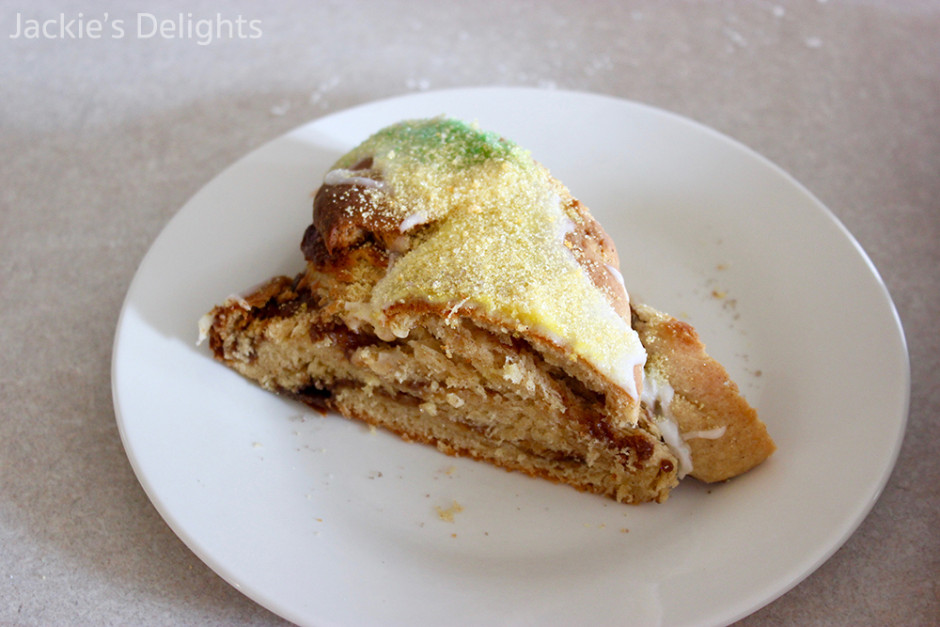 These cakes are served at a party or gathering and normally have a hidden baby Jesus figurine inside. Whoever gets the slice with the baby has to host the King Cake party the next year — or at least buy a cake to share. 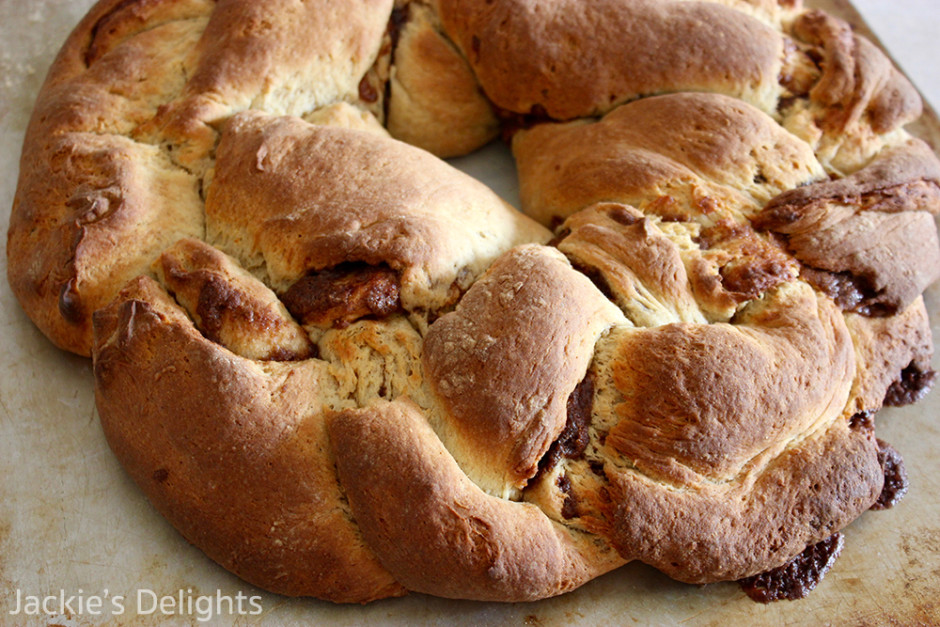 Actually, King Cakes are popular throughout the world, with different countries and regions taking their own spin on it. Check out this article on Relish, a Guide to King Cakes Around the World. 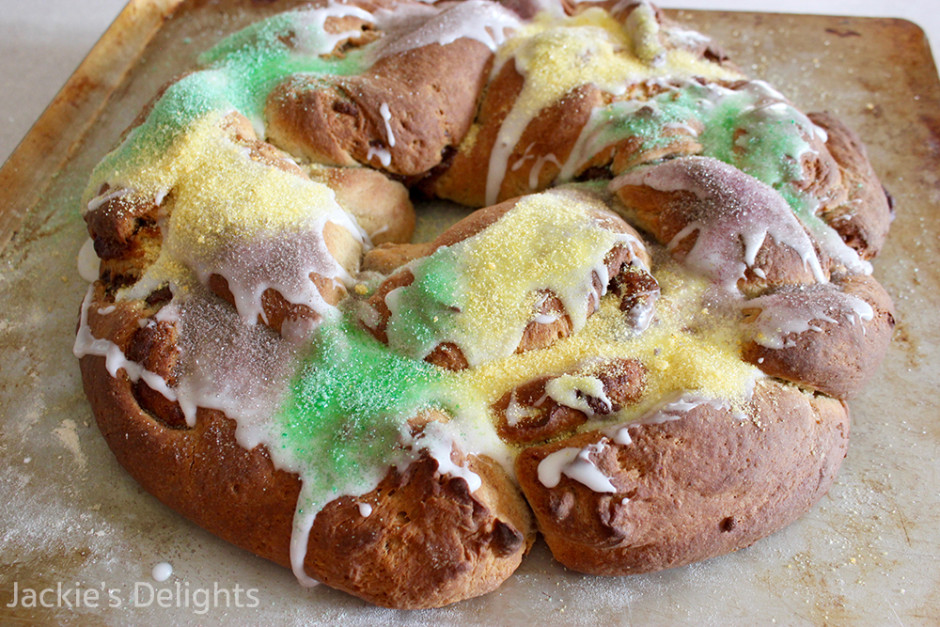 What I loved about this cake was how light it tasted. The dough was soft and spongey and this was really more of a cinnamon bread than a typical cake. 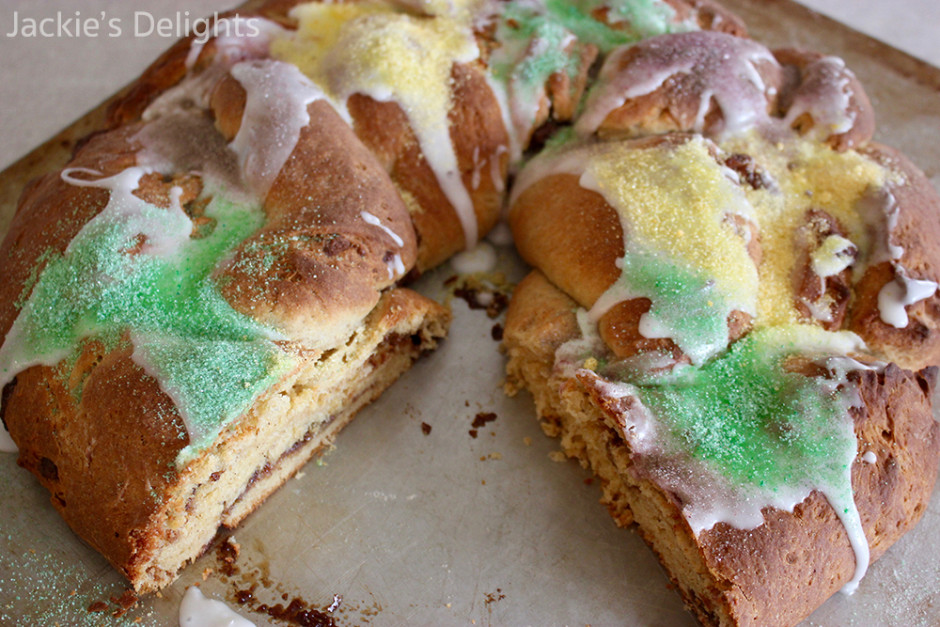 Although it took me a couple tries to get this one right, I will definitely be making this recipe again next year!

1. Make the dough: In a large bowl, whisk together the milk, sugar and yeast. Immediately the yeast should form bubbles. Let rest for five minutes and there should be a thin layer of foam on top.
2. Whisk the butter, eggs, vanilla, cinnamon and nutmeg into the mixture. Now fold in the flour with a spatula.
3. Sprinkle flour onto a clean countertop. Knead the dough on the counter, adding more flour as necessary. The dough will be soft and sticky, but should not clump onto your hands. After about 5-10 minutes of kneading, place the dough in a clean, oiled mixing bowl. Cover with a cloth and let rise in a warm, dry place for 1.5 hours.
4. When the dough is almost done rising, make the filing. In a small bowl, whisk together the butter, sugar and cinnamon. Slowly add the flour until the butter is absorbed and the mixture is thick and paste-like.
5. Shape the dough: Gently knead the risen dough until soft again. Now roll it out into a 10×20 inch rectangle. Using your hands, crumble and spread the cinnamon mixture onto half the dough, long-ways. Now fold the dough in half, covering the cinnamon mixture.
6. Using a knife, cut the dough twice long-ways so that there are three strips. Braid the strips. Shape the dough into a wreath. Carefully move the dough onto a large baking sheet. Cover the dough again and let rise for 30 minutes. Meanwhile, preheat the oven to 375ºF.
7. Once the dough has risen, bake for about 25 minutes, or until golden brown. Allow to cool for about 15 minutes.
8. Make the glaze: Whisk together the sugar and 2 tablespoons of milk. If the glaze is very thick, add another tablespoon of milk to thin it out.
9. Make the topping: Get three small bowls and divide the granulated sugar evenly between them. Use liquid food coloring to dye the sugars green, yellow and purple.
10. Decorate: Once the cake has cooled slightly, pour the glaze on top. Dust with the Mardi Gras colored sugars. Enjoy the cake while it’s fresh! 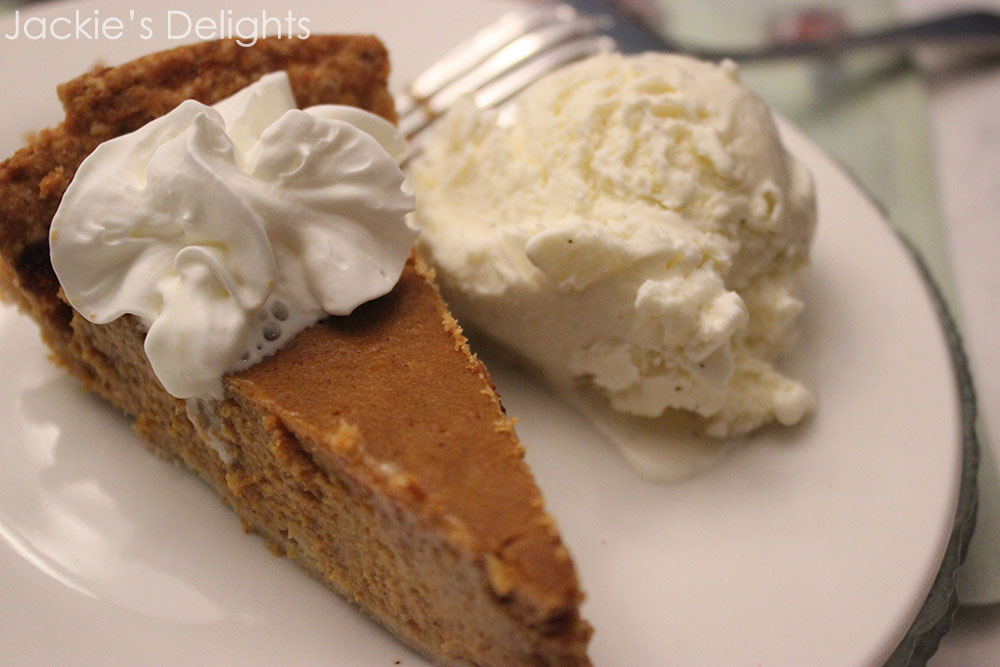 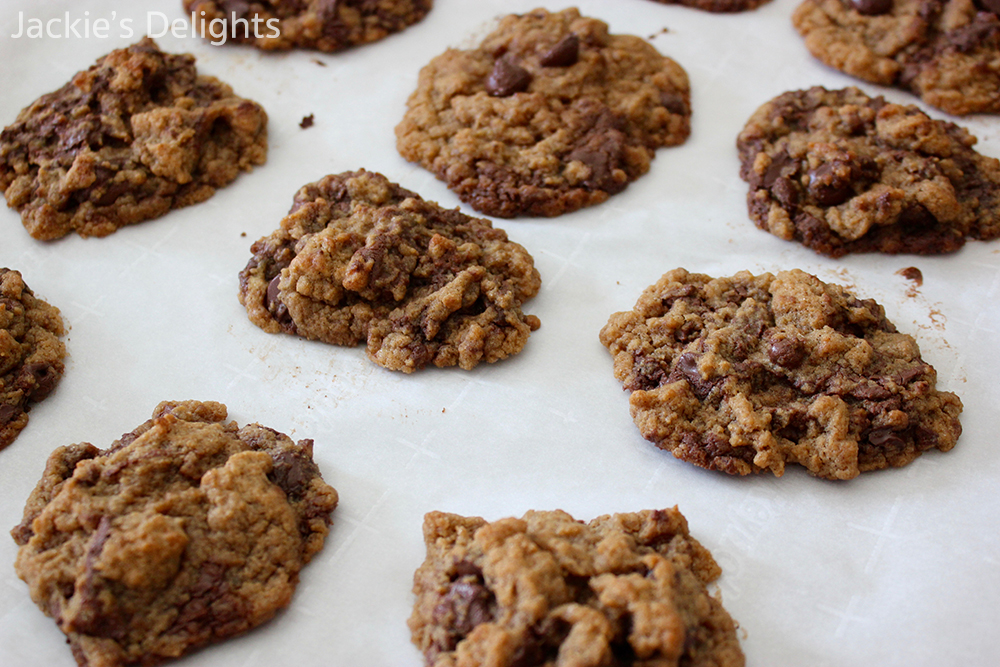 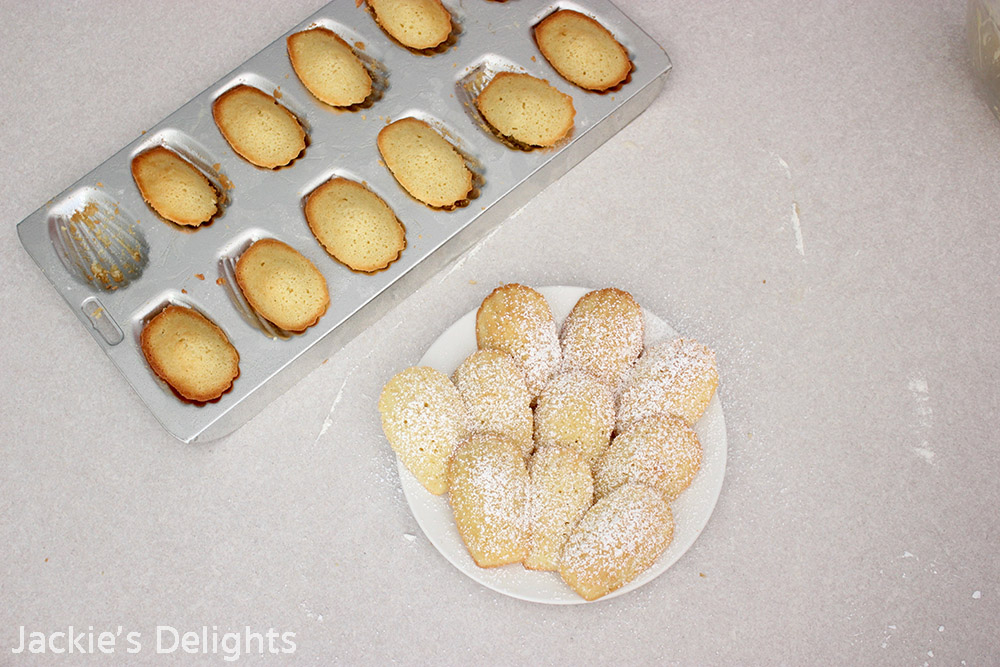 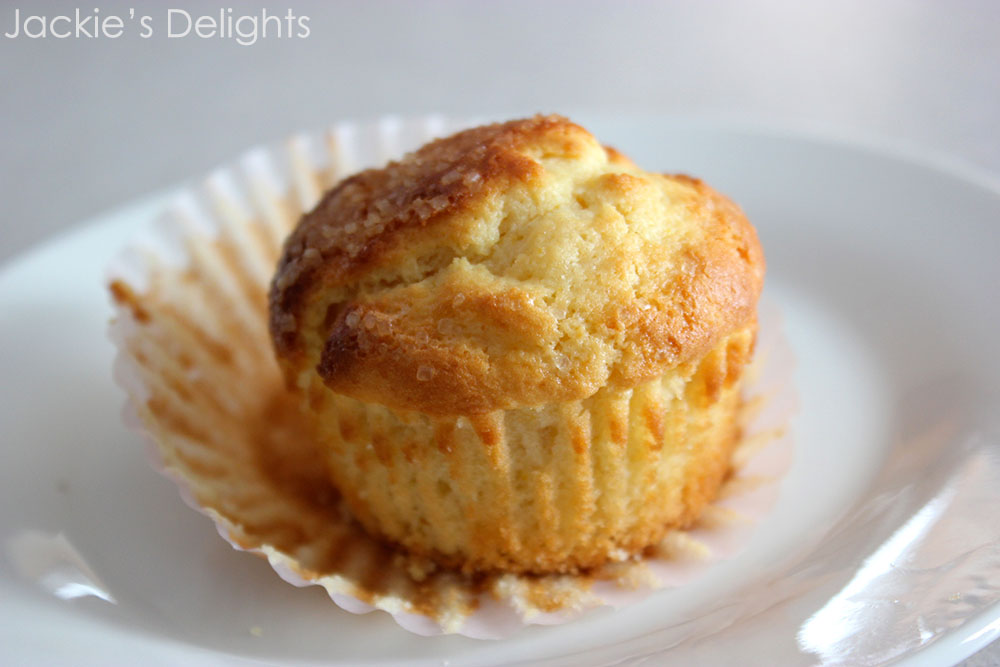