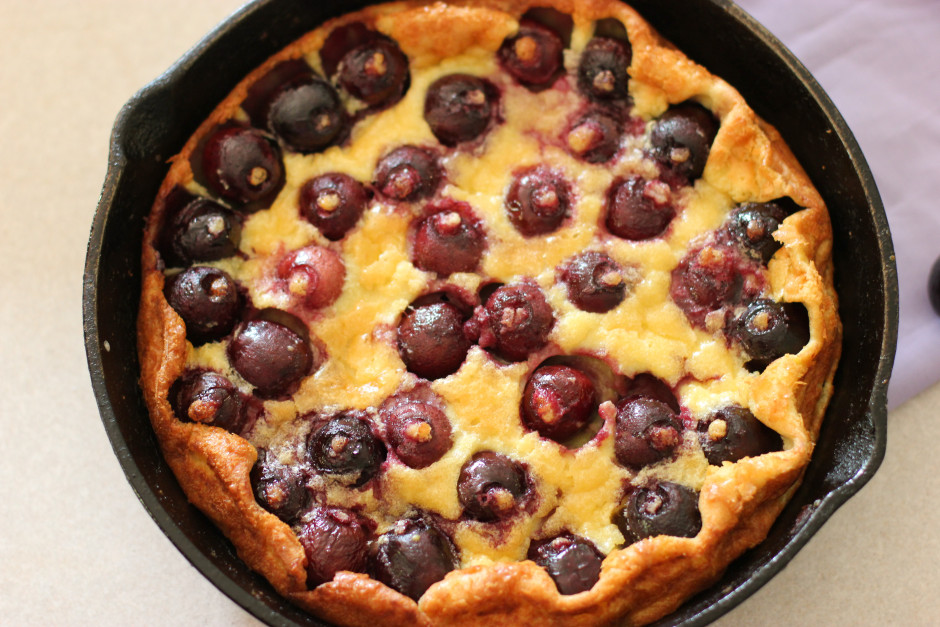 If you have never had clafoutis, it’s a bit like a cross between a pancake and flan. The edges are light and airy, while the center is thick and almost creamy. The batter itself is only lightly sweetened, and the cherries add tart bursts of flavor. END_OF_DOCUMENT_TOKEN_TO_BE_REPLACED 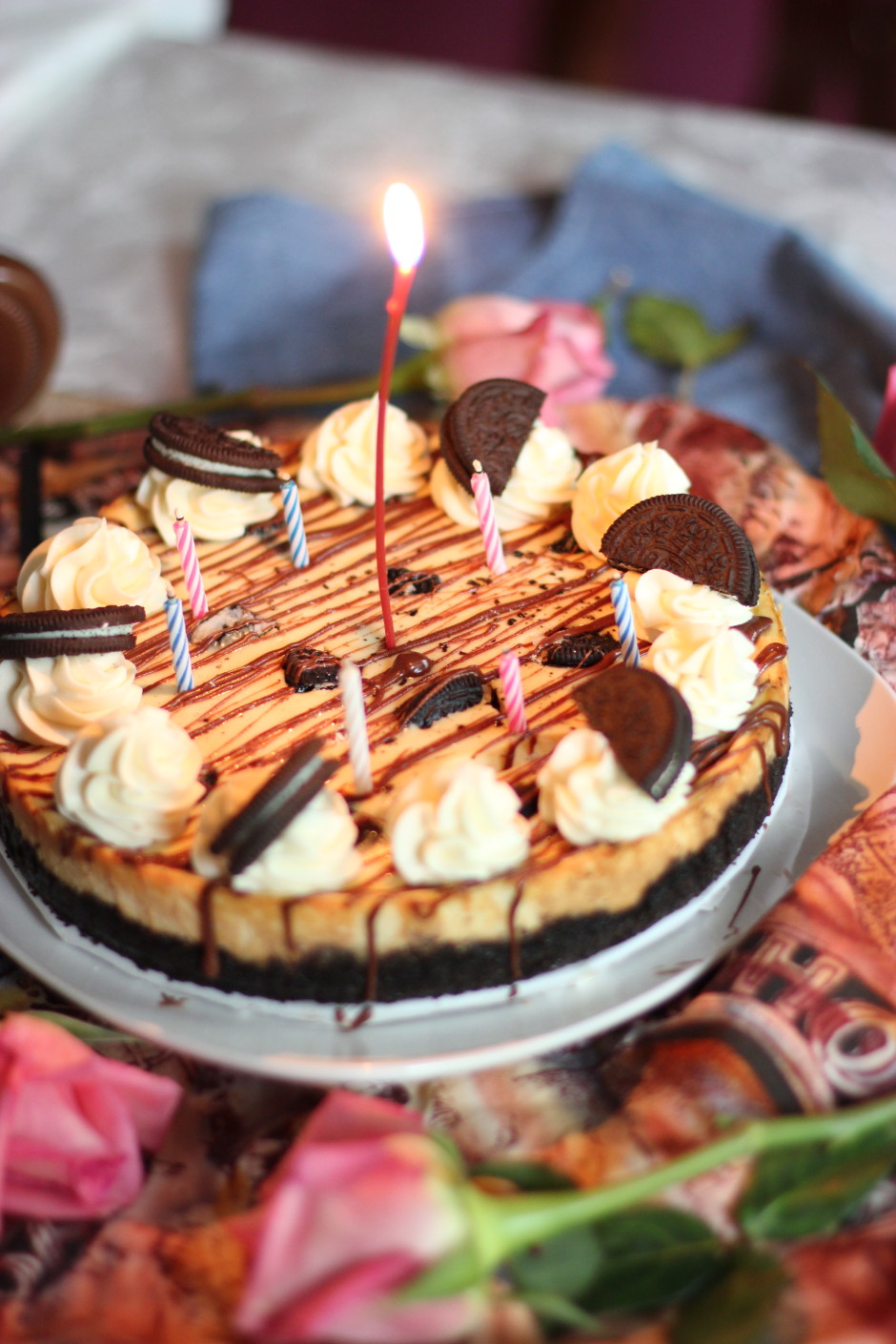 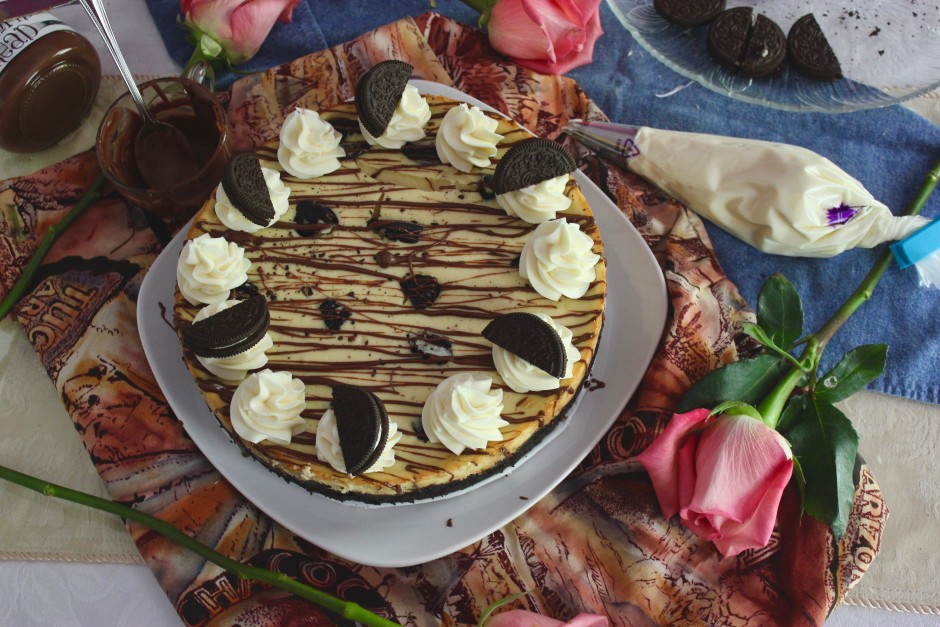 The one dessert my little brother never stops requesting is cheesecake. This past birthday, he made sure to ask for Oreo cheesecake. END_OF_DOCUMENT_TOKEN_TO_BE_REPLACED 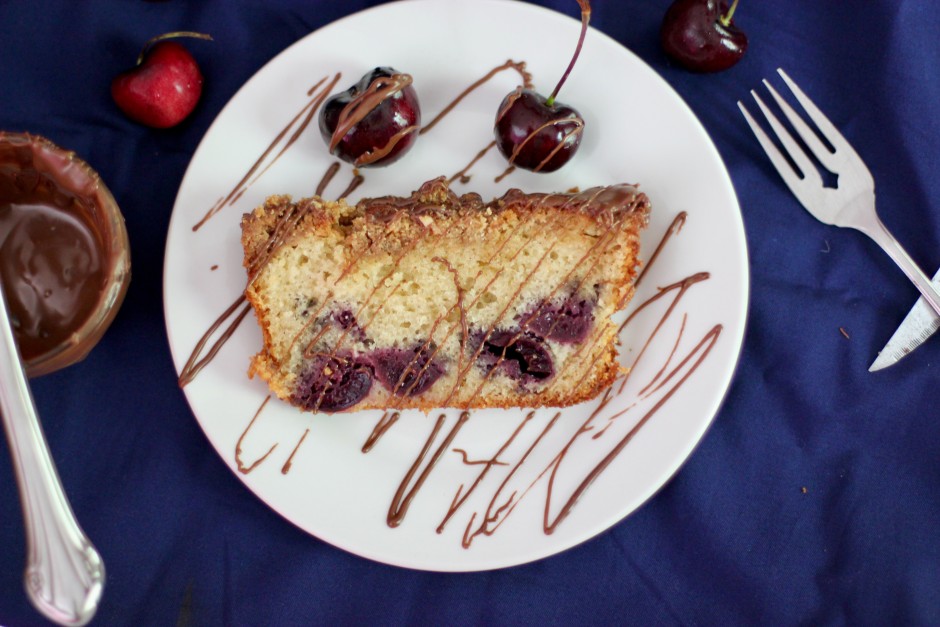 Cherry season is short, so I try to make the most of it. 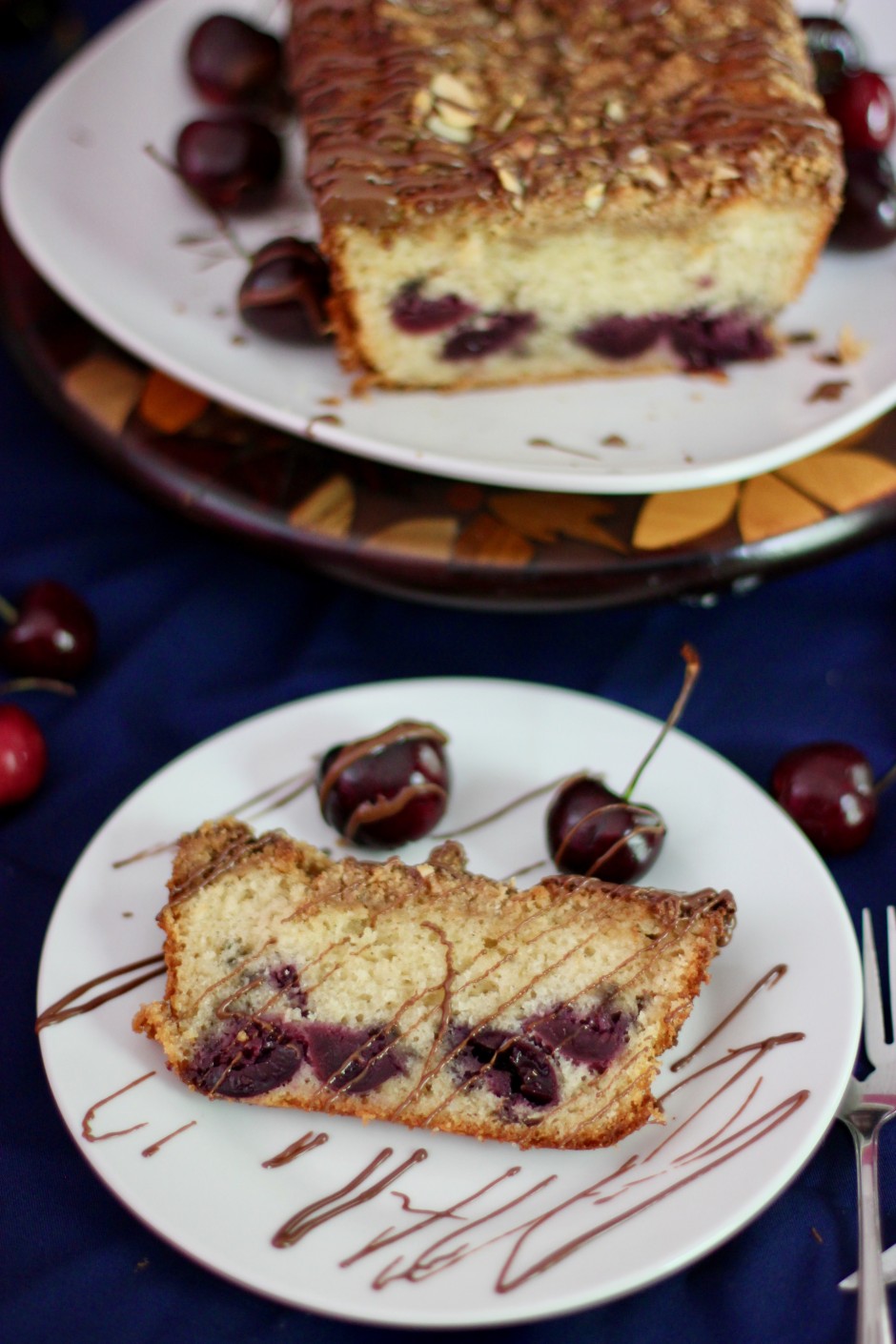 Baking with cherries is often a process, because you have to take the time to pit each fruit. They sell cherry/olive pitters in stores, but I try to get creative with the tools I have. END_OF_DOCUMENT_TOKEN_TO_BE_REPLACED 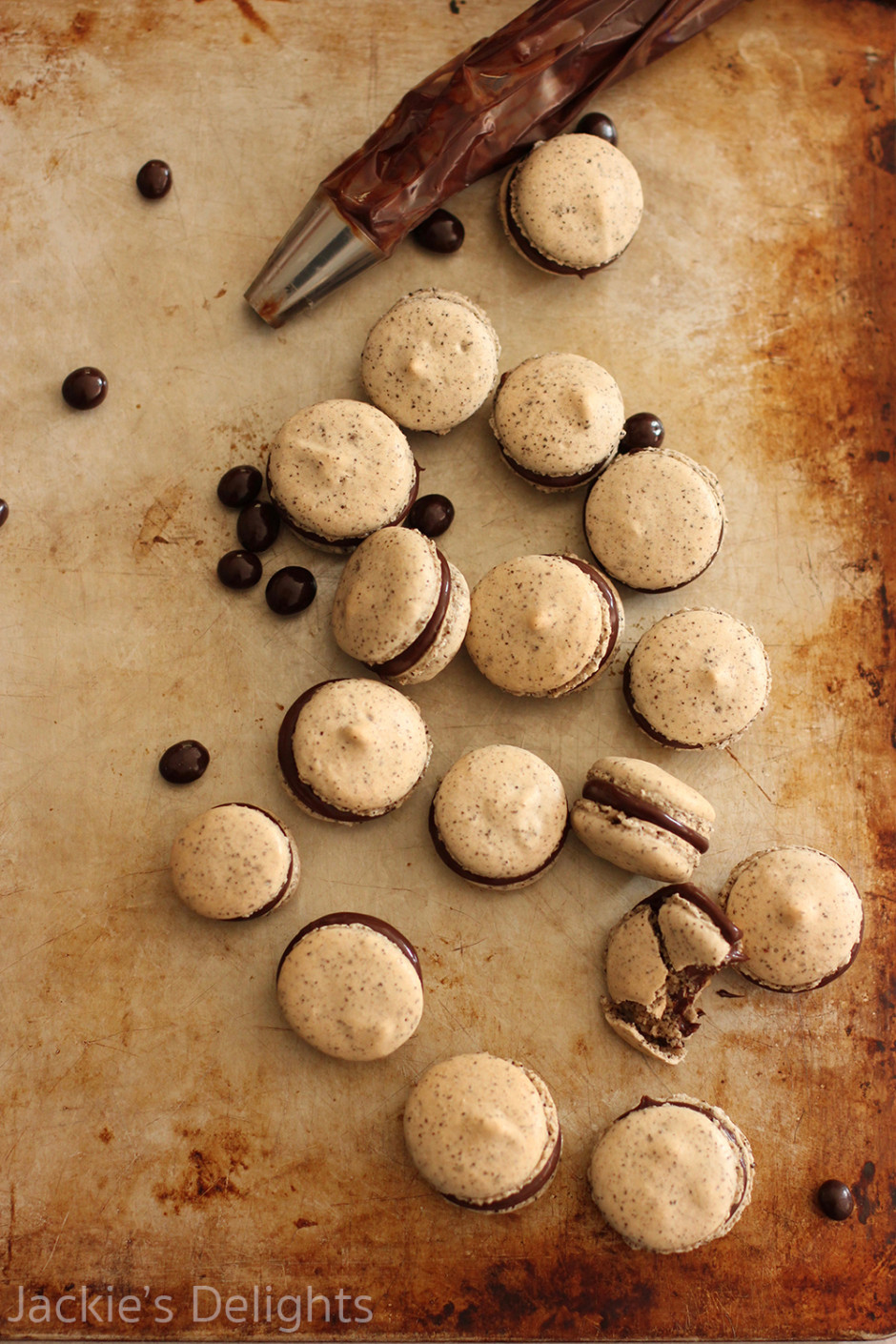 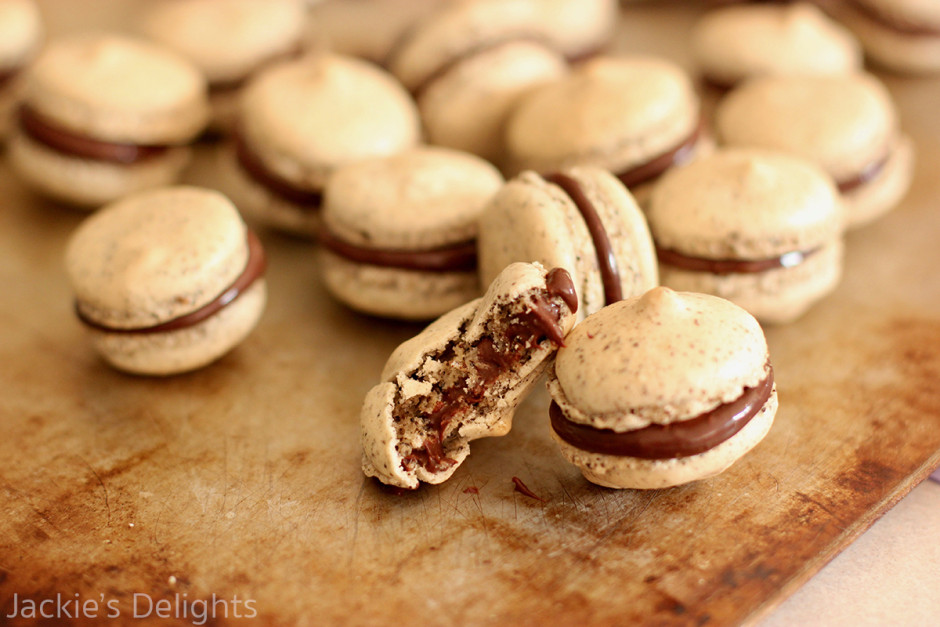 For my second macaron recipe on the blog, I’m just adapting from my first flavor (Chocolate Macarons). These cookies are filled with the same chocolate ganache as before, and the shells are speckled with coffee grounds. END_OF_DOCUMENT_TOKEN_TO_BE_REPLACED

This cake is amazing in the morning next to some coffee or tea! It’s a light cake with just enough lemon and a hint of almond. 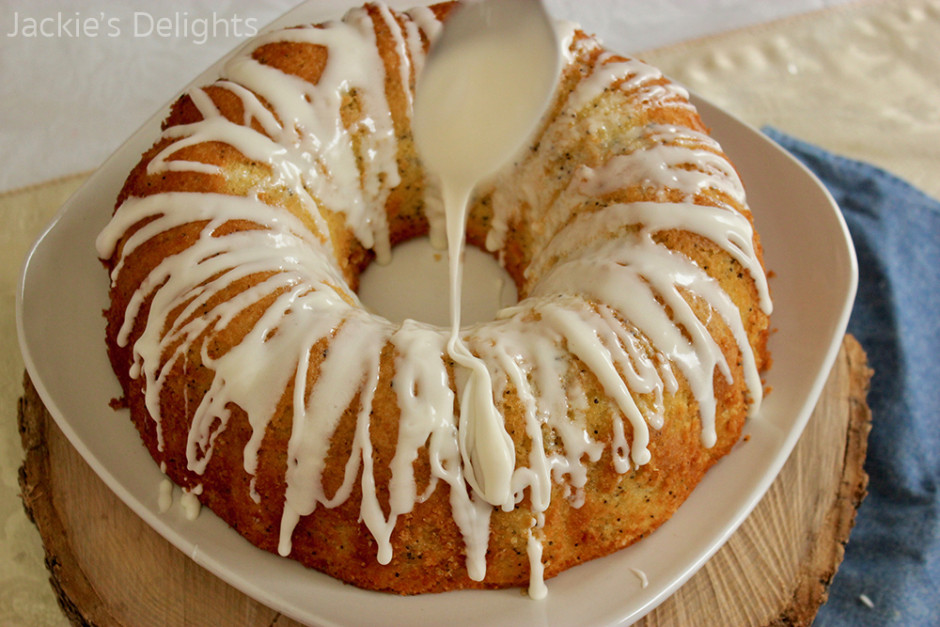 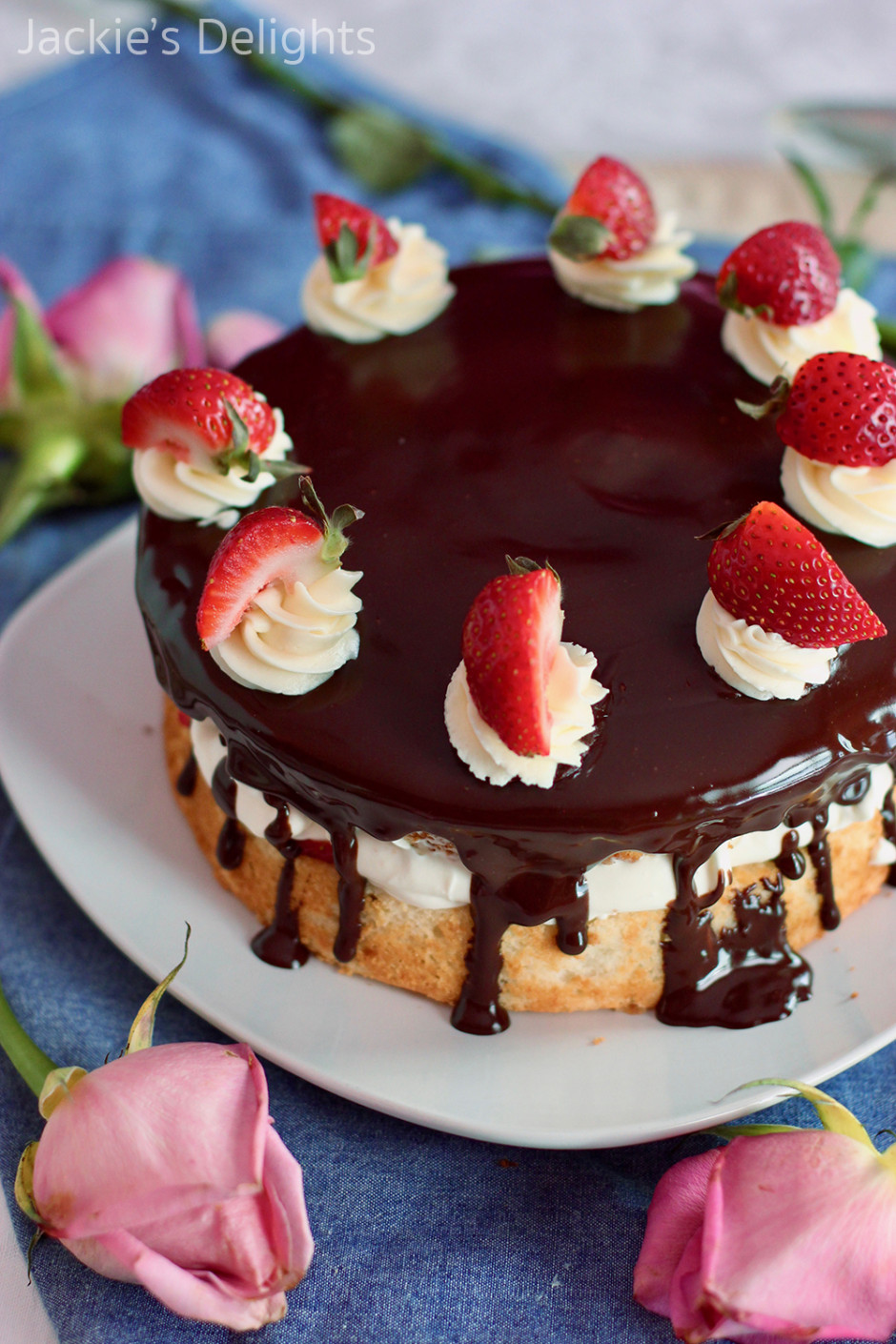 This is a fluffy white cake, filled with whipped cream and fresh strawberries, and topped with a rich chocolate ganache. 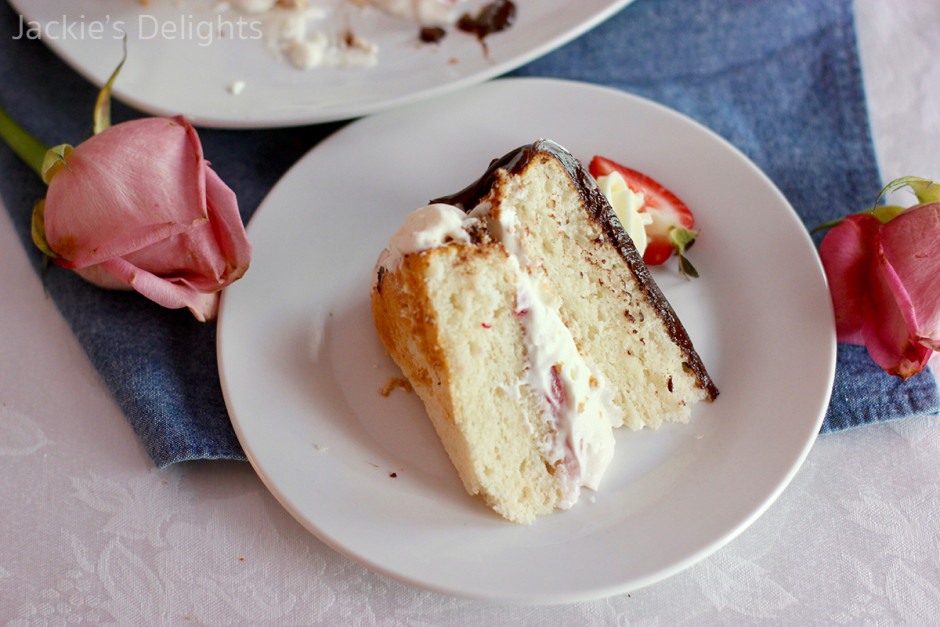 The cake is soft and spongey, reminiscent of angel food cake. Because of its light texture and refreshing strawberries, this makes for an amazing cake for the summer! END_OF_DOCUMENT_TOKEN_TO_BE_REPLACED

These chocolate macarons are rich, fudgy and delicious! They’re made with a tasty almond shell and filled with decadent 2-ingredient chocolate ganache. 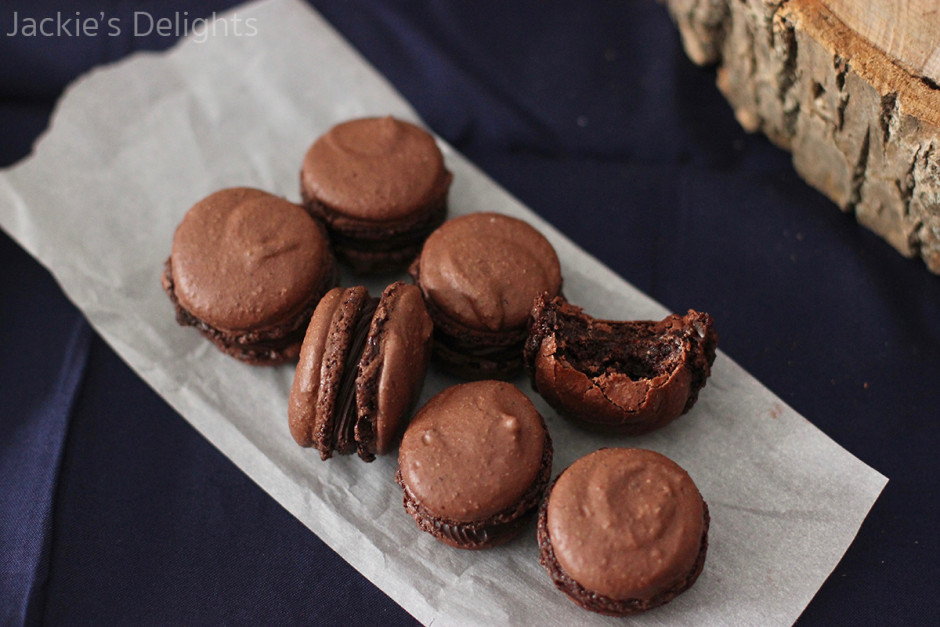 I’ve often found macarons to be a bit of an elusive dessert, because they take such a long time to make and are fairly temperamental. You have to let the shells dry before putting them in the oven so that the cookies can rise and gain “feet” (the bumpy, crackly layer you see in the middle of the cookie). 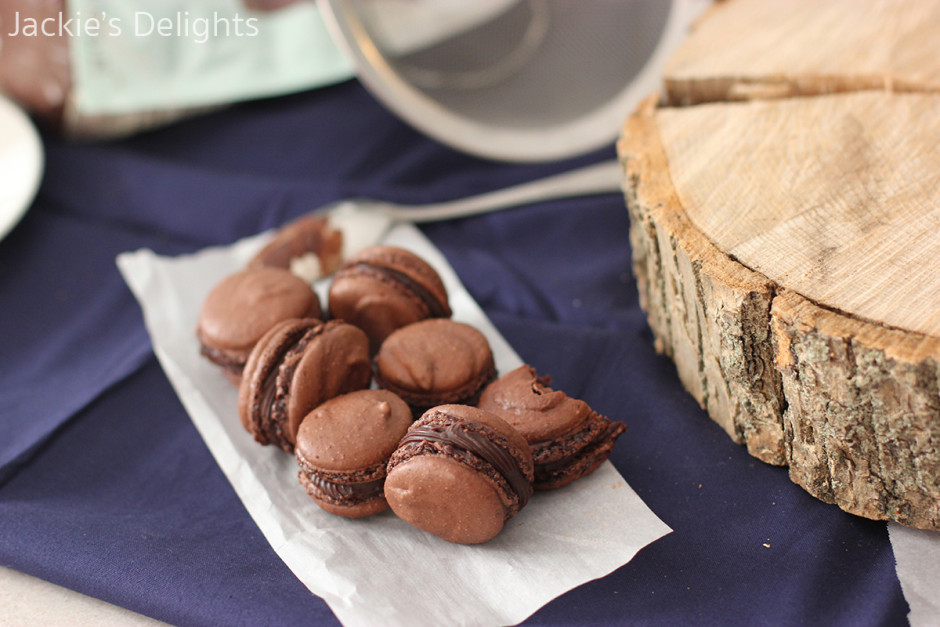 However, I’ve tried to make this recipe as simple as possible. You whip the egg whites, then add the dry ingredients. Pipe the cookies, let sit, then bake. You make the ganache with just two ingredients, and you frost the inside of the cookie and make a sandwich. Simple stuff. But the result? Exquisite! END_OF_DOCUMENT_TOKEN_TO_BE_REPLACED 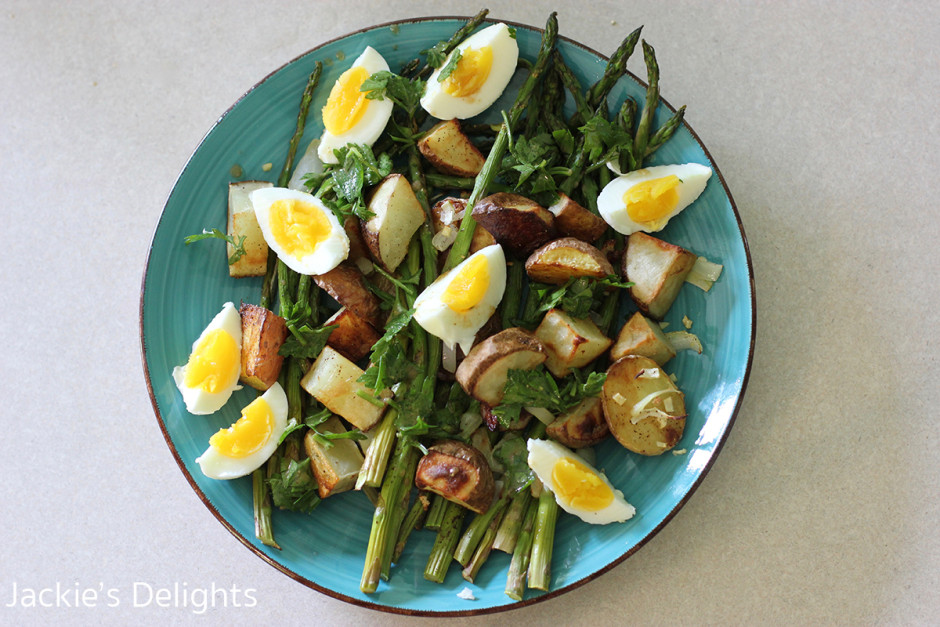 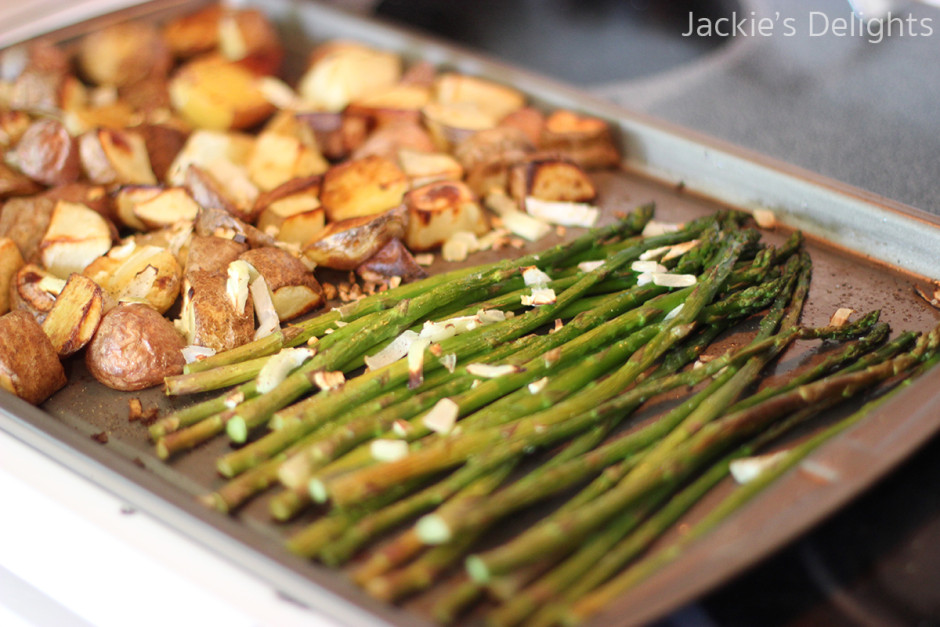 I love this recipe because even though it’s a “salad,” it’s a meal by itself and is super simple to make. You cut some potatoes, prep some asparagus, roast everything together and boil some eggs. Serve it up on a plate, pour some dressing on it and voilà, dinner is served! END_OF_DOCUMENT_TOKEN_TO_BE_REPLACED 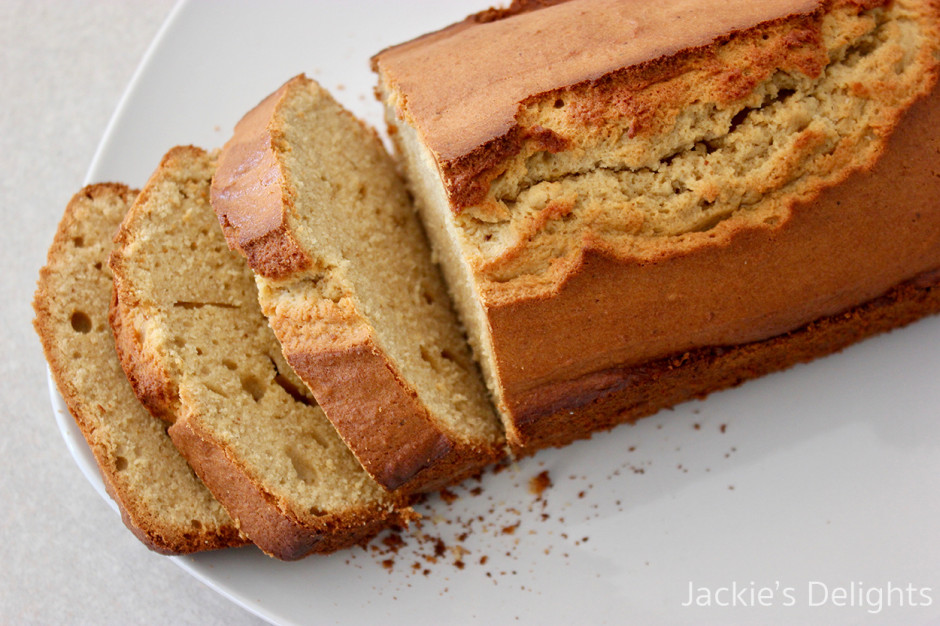 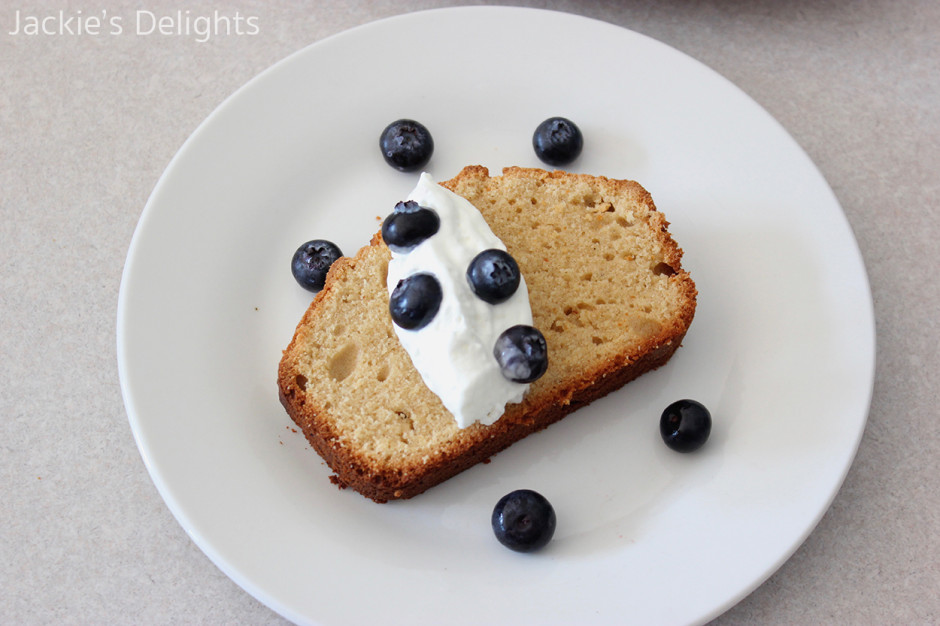 It’s hearty and filling and tastes great as breakfast, topped with a bit of whipped cream and a handful of berries. END_OF_DOCUMENT_TOKEN_TO_BE_REPLACED

A couple weeks ago, I bought a ton of heavy cream so that I could experiment making chocolate ganache (even though chocolate ganache is actually a super easy, two-ingredient operation —it’s just that I don’t think I’ve made ganache since these ganache brownies and I wanted to make sure I had room for mistakes!).

Long story short, I had a lot of heavy cream left over and needed to quickly come up with a good recipe to use it on. Naturally, I turned to crème brûlée. END_OF_DOCUMENT_TOKEN_TO_BE_REPLACED 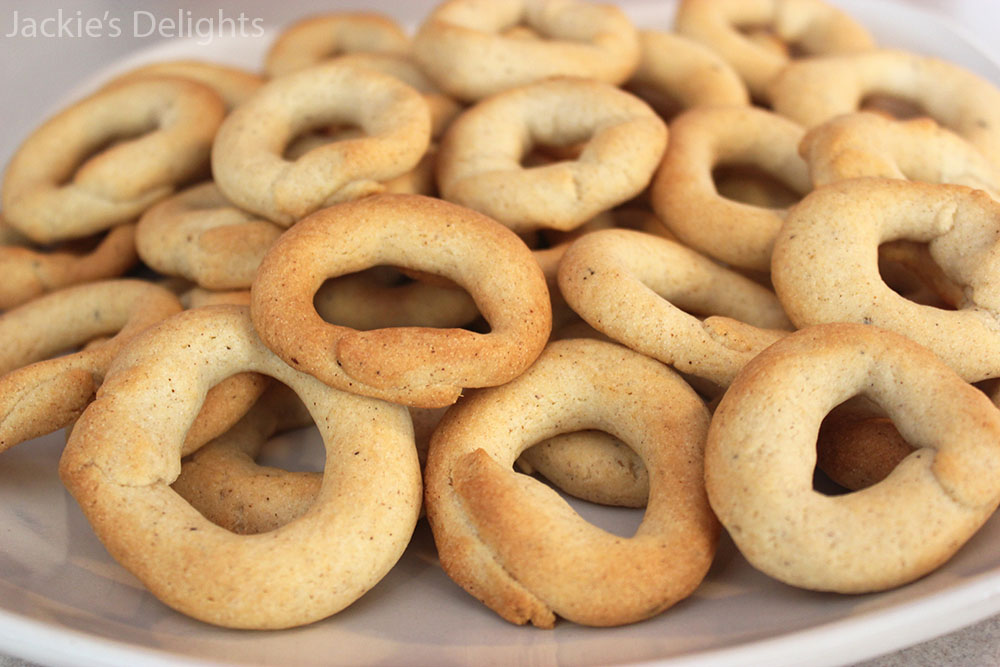 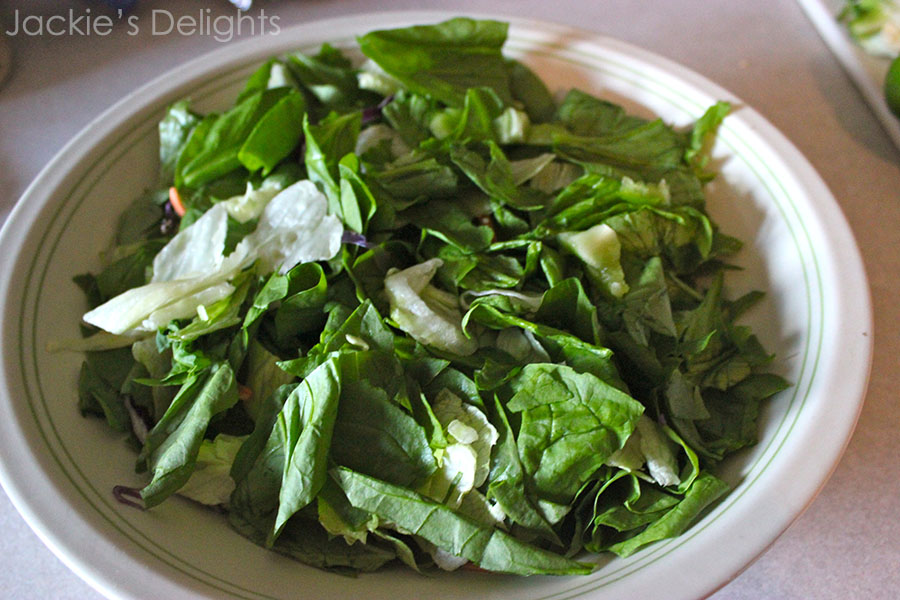 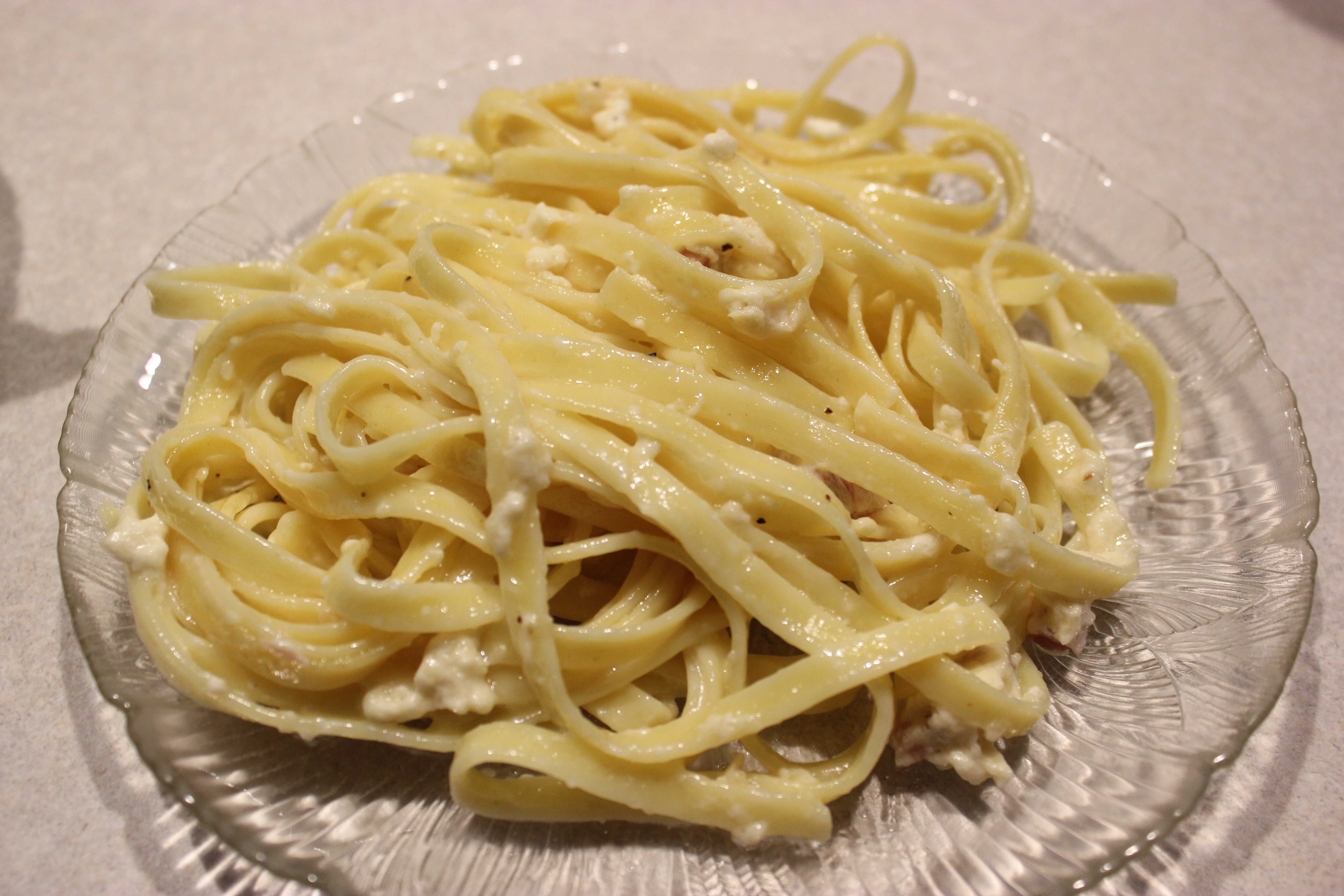 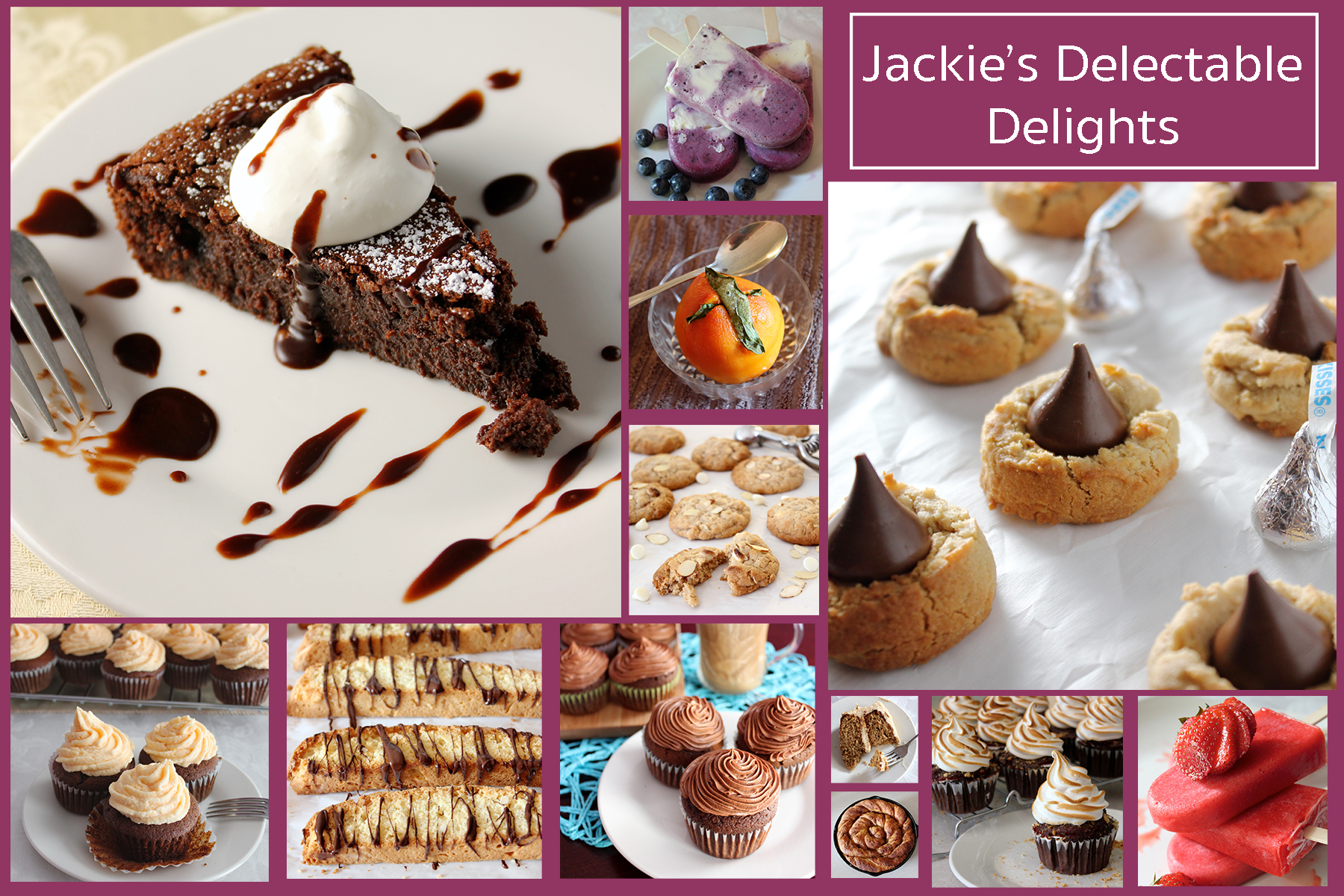 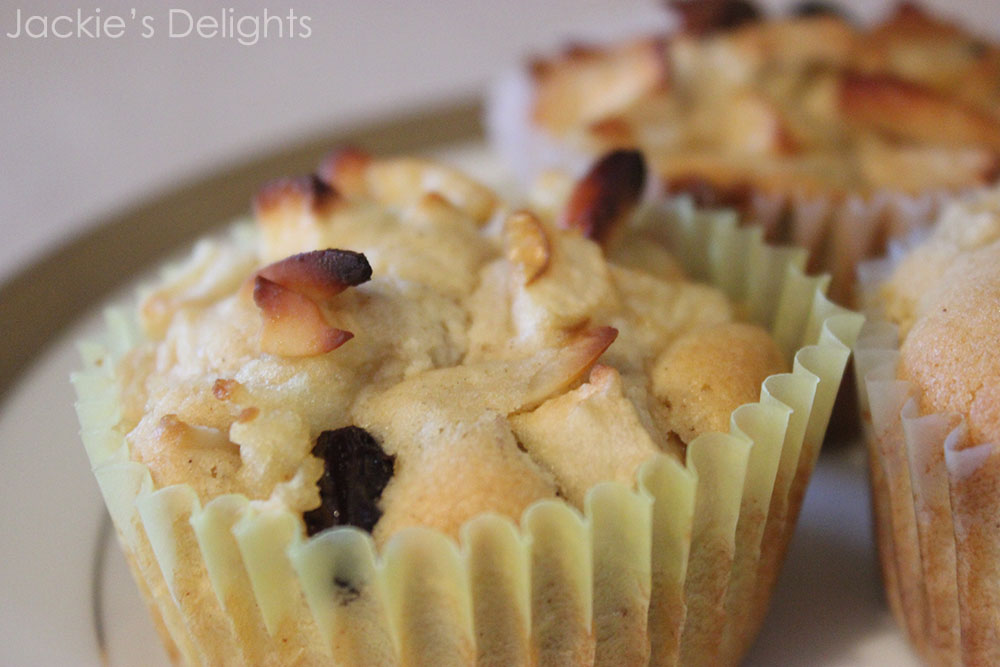 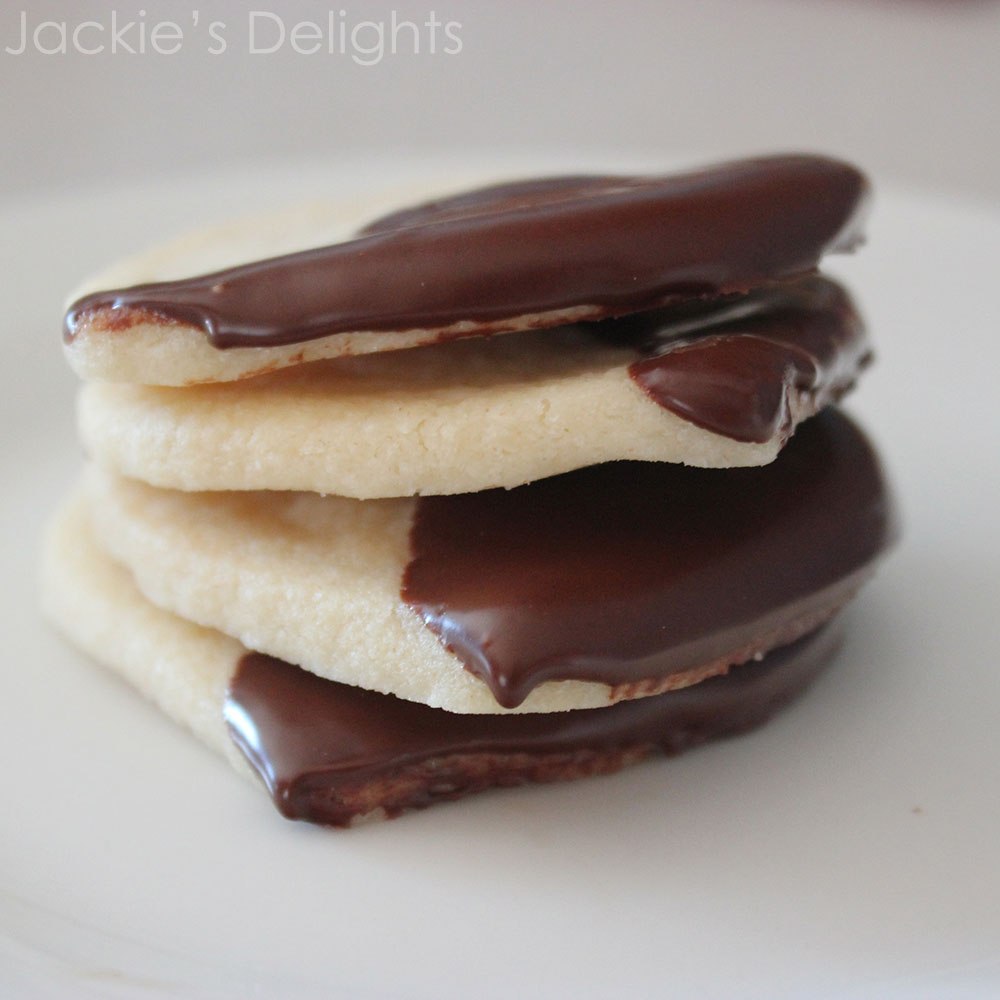 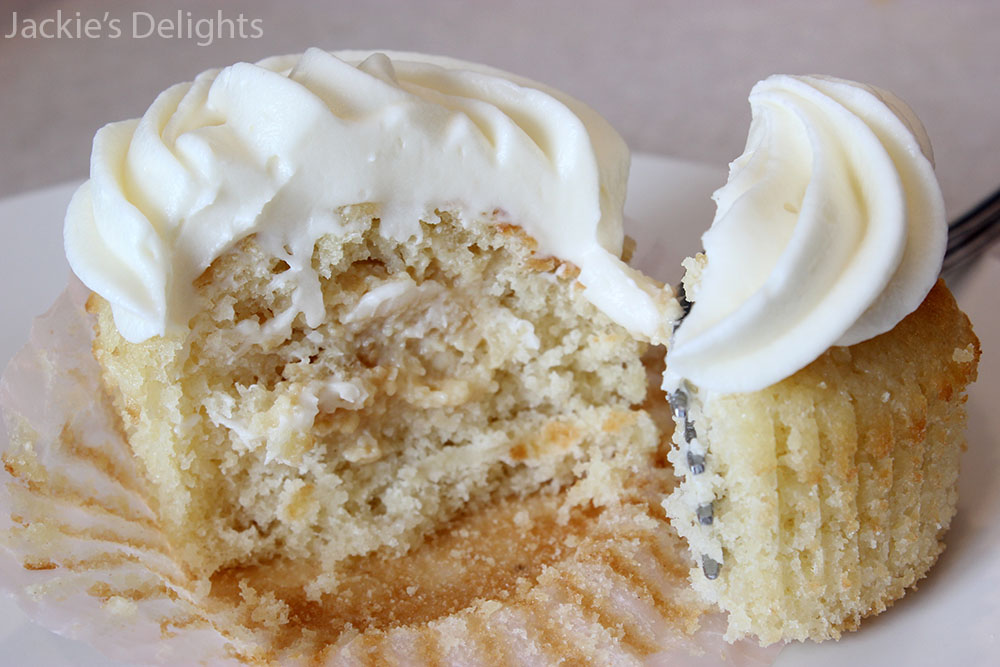 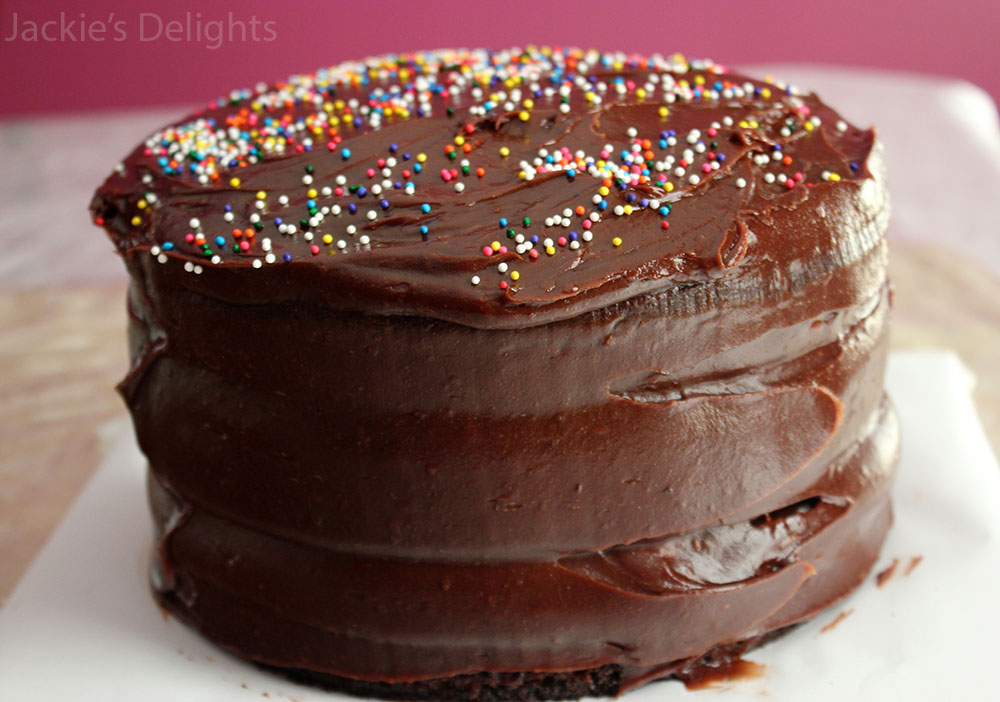 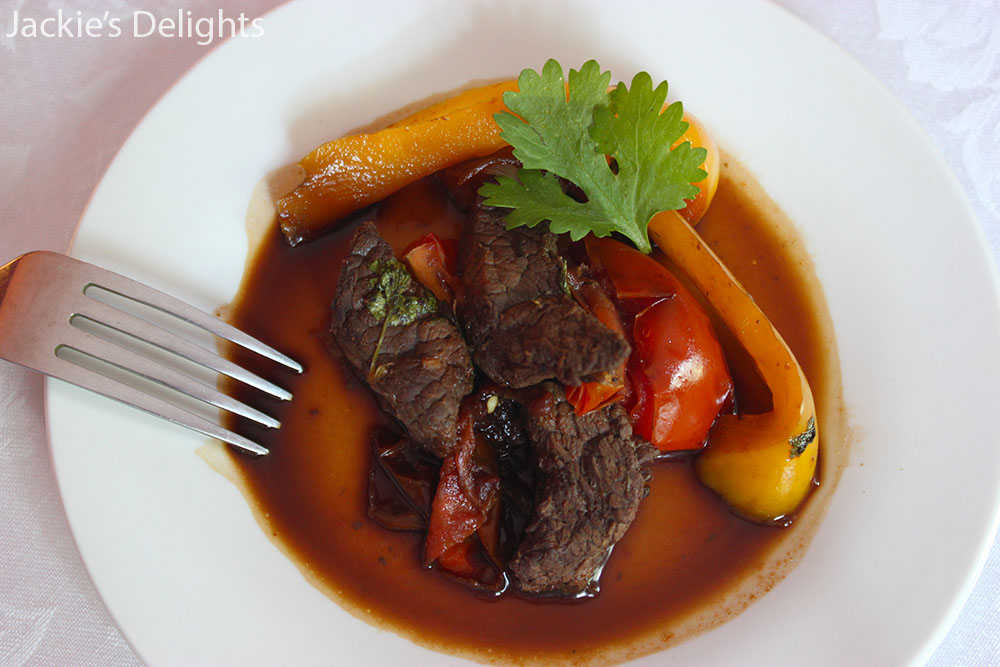 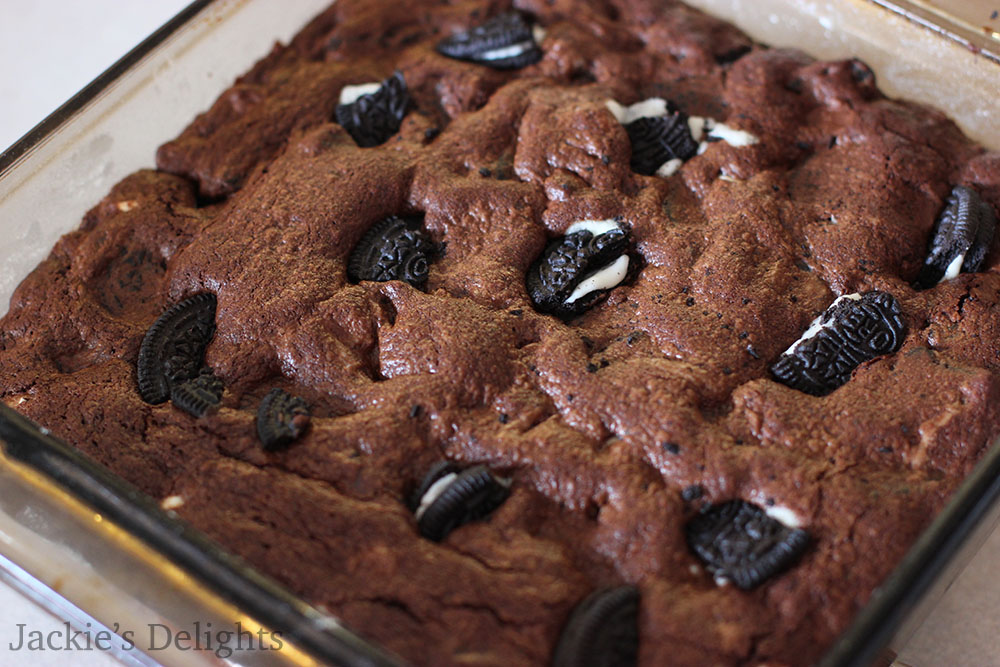